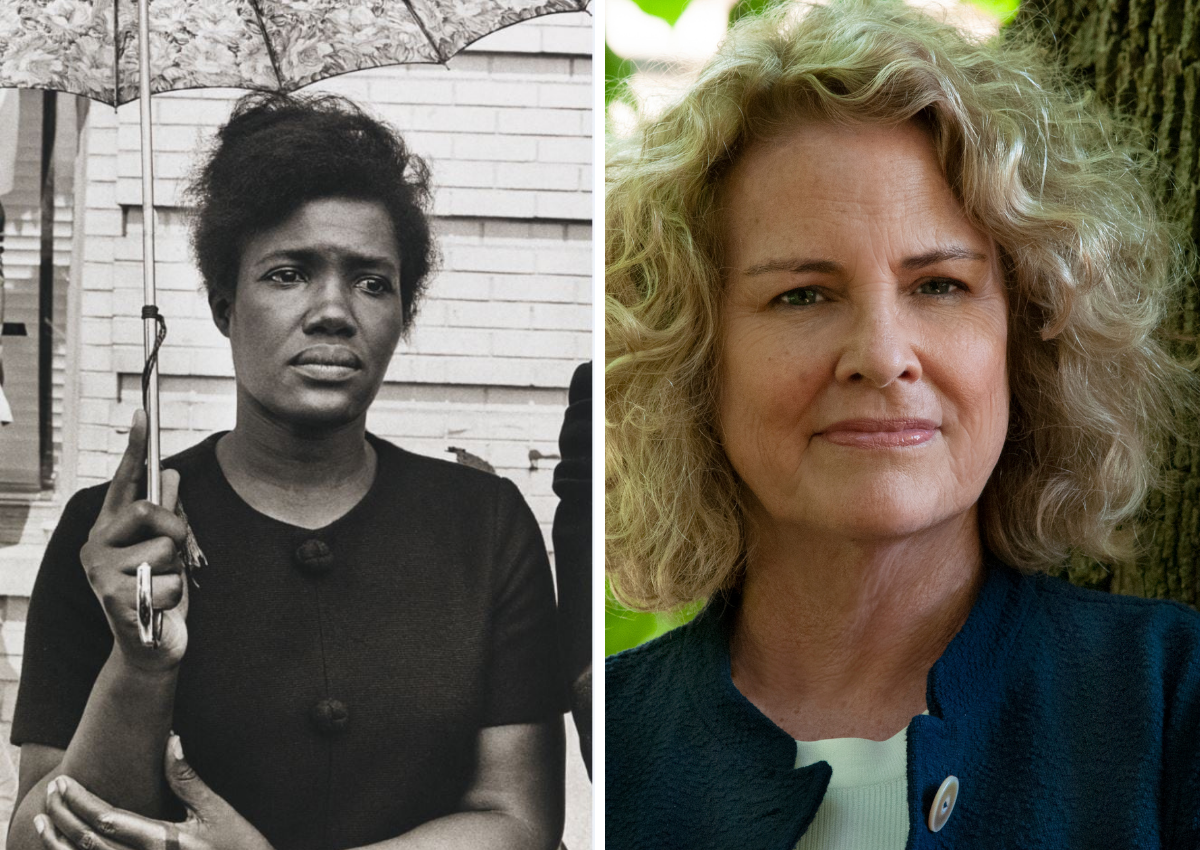 The Baton Foundation, in partnership with the Atlanta Preservation Center and the Auburn Avenue Research Library on African American Culture and History, will host a virtual event to celebrate the winners of the Ground Crew student essay contest. Author Kate Clifford Larson (above right), and Baton Foundation founder and president Anthony Knight will engage the contest winners in conversation. This program is free to the public, but registration is required.

Like Annell Ponder (above left), thousands of Black women, men and children engaged in activities to help secure civil and human rights for Black people in the United States during the Civil Rights Movement (1954-1968). In ways both small and grand, they fought, persevered, and endured indignities and physical violence few of us alive today could possibly imagine. And while so-called leaders emerged, those elevated to positions of prominence would not have been able to carry out their work, much less sustain themselves, were it not for the determination, support, and guidance from those in their communities and across the nation. In the years since the Civil Rights Movement, schools, media, and cultural organizations have lionized the names and works of Dr. Martin Luther King, Jr., Rosa Parks, Congressman John Lewis, and a select few, and rightly so. However, there were multitudes of others.

The Baton Foundation’s newly created essay contest, Ground Crew: Honoring Unknown Civil Rights Activists, challenges Atlanta youth in grade 8-12 to research and write about those unknown or lesser-known Black Americans. Now, and in the years to come, the students’ essays will help us bring to the fore the names and stories of those whose lives were relegated to the blank pages of history. This program celebrates contest winners.

Dr. Kate Clifford Larson (above right) is a bestselling author of critically acclaimed biographies including Bound for the Promised Land: Harriet Tubman, Portrait of an American Hero and Rosemary: The Hidden Kennedy Daughter. Her latest work, Walk with Me: A Biography of Fannie Lou Hamer, tells the remarkable story of one of America’s most important civil rights leaders of the 20th century. Praised for her research and insights as a biographer, Larson digs deep into Hamer’s history, uncovering her family roots, personal life, and reclaims Hamer’s faith as a centerpiece of her survival and appeal. Larson accessed recently opened FBI records, secret Oval Office tapes, new interviews, and more, to reveal never-before seen details about Hamer’s life. An award-winning consultant for feature film scripts, documentaries, museum exhibits, and public history initiatives, Larson is frequently interviewed by national and international media outlets. Dr. Larson is a Brandeis University Women’s Studies Research Center Visiting Scholar.

Anthony Knight is the Founder, President & CEO of The Baton Foundation—a Georgia nonprofit organization that serves the emotional, intellectual, and cultural needs of Black boys ages 10-17. Before founding the Foundation, Mr. Knight worked as a museum educator and consultant. Mr. Knight has extensive experience with and interest in Black history and culture, public and living history, informal education, and Black youth. Mr. Knight’s work with The Baton Foundation reflects his ongoing interest in the issues and practices related to the collecting, preservation, and interpretation of information about and material culture from the African Diaspora. Mr. Knight’s undergraduate work was in Spanish and English (Ohio Wesleyan University), and his graduate work was in museum education (The George Washington University). Mr. Knight also holds a degree in Spanish-to-English translation from the Núcleo de Estudios Lingüísticos y Sociales, Caracas, Venezuela.