As It Relates to Us 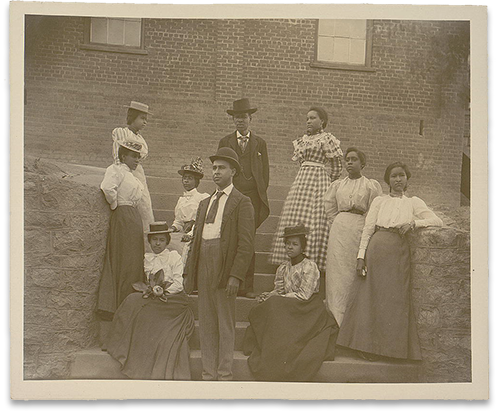 Since Donald Trump’s successful bid to be president of the United States on November 8, 2016, I have heard many African Americans express not only anger that Hillary Clinton lost, but also genuine fear that Trump won. Fear that Mr. Trump’s presidency will spell doom for the country in general, but, specifically, for the millions of African Americans and other ethnic minorities for whom life in America, as poet Langston Hughes offered, “ain’t been no crystal stair.”

Granted, for many people, perhaps, especially for African Americans, Barack Obama’s tenure as United States president is something many thought they never would live to see. Indeed, that the first African American president was the offspring of an African man and a white woman seemed, for many of us, like poetic justice—embodied in one man, the enslaver and the enslaved. For others, of course, having a Black man in the White House was anathema—reminiscent of President Lincoln’s election in 1860—time for all good [white] Americans to secede or, at least, turn the country upside down in an effort to set it right again. After all, Blacks never were supposed to be citizens of this country much less president. Recall, if you will, that many well-meaning abolitionists—guided by the moral rectitude of their faith—abhorred the violent and dehumanizing nature of Black enslavement. However, they never expected that Blacks would assume positions in society and culture equal to their own. Ideally, Blacks would be recolonized–exported back to Africa. Similarly, many among today’s liberal and/or progressive white groups harbor feelings about Blacks that mirror those held by abolitionists—that is, our children can attend the same schools and be friends, and we can even live in the same neighborhood—but control our power/economic structure and enjoy the privileges derived from that, from whiteness–never!

The notion that United States presidents–yes, even President Obama—view with any genuine sense of urgency the plight of Black people in this country is naïve at best, pure simpleminded at worse. The historical trajectory of the United States presidency as an institution bares this out. Twelve of this country’s first presidents owned enslaved Blacks (eight of them while in office). This, of course, does not include the very first presidents (those of the Continental Congress, 1774-1789). Many of those men were prominent landowners—and we know what that means. Peyton Randolph, for example, the first president of the Continental Congress, was a planter and came from what was, perhaps, the wealthiest family in Virginia at that time. And, when George Washington took office in 1789, he owned over 200 Black men, women and children.

Lest we think, “that’s just the way things were back then”—meaning, during the 18th and 19th centuries, one of this nation’s first presidents of the 20th century, Woodrow Wilson, was a staunch racist. Wilson took office in 1913 and was the first southern-born president since Zachary Taylor (1848). And, not unlike those who followed Donald Trump’s campaign, rank and file Wilson supporters hoped to return the country to the “good ole days” of Washington, Jefferson and Monroe (all enslavers) when southern white planters ran the country. Wilson, mostly known today as the president who hosted a White House screening of Birth of a Nation (D.W. Griffith’s racist homage to the KKK), also presided over an administration that instituted Jim Crow laws within the Federal Government—allowing the postmaster general and the secretary of the treasury to segregate their departments.

Closer to our times, Franklin Delano Roosevelt (FDR), one of the Black community’s most beloved presidents, assumed office during the height of the Great Depression. His efforts to make good on a campaign promise to help “the forgotten man at the bottom of the economic pyramid,” evaporated into thin air where Blacks were concerned. Instead, his New Deal policies further relegated Blacks to the margins of society—profiling Black neighborhoods (present-day redlining), thus making residents ineligible for newly-created home loans. Roosevelt also worked with Southern segregationists (Dixiecrats) and passively condoned the oppression and violence meted out to Blacks as a result of Jim Crow laws. Further, FDR appointed to the Supreme Court a known Ku Klux Klan member from Alabama, Hugo Lafayette Black (1937), and James F. Byrnes (1941), a South Carolina senator who believed the only way to keep Blacks in their place in the south was to lynch them. And for the purpose of conserving space, I will not speak on the presidencies of other presidents revered by Blacks: John F. Kennedy, Jimmy Carter or Bill Clinton, but you get the point—it is just more of the same.

As it relates to us, United States presidents have been a mixed bag. And while they have run the gamut from enslaver to apologist, this one thing is certain–not one has made a full-throated apology for this country’s history of enslaving Africans and their descendants. Moreover, not one has had the courage to speak openly and honestly not only about this country’s past criminal behavior as it relates to the enslavement of Black people or the oppression and violence visited upon Blacks during the Jim Crow era, but also no contemporary president has had the integrity to address the crippling structures deeply entrenched still in this country’s laws and cultural mores—structures that continue to devalue and marginalize Black people and mark them as second class citizens in a country largely built (physically and economically) by the centuries-long free labor forced from their ancestors.

Esteban, the first known enslaved African to arrive in what is now the United States was brought to present-day Florida in 1526 by Spaniards as part of the Narváez expedition. The differences between his life as an enslaved explorer and the lives lived by 40 million Blacks today are deep and wide. The 11 million enslaved Africans and their descendants who would follow Esteban, in turn, would have experiences far different from his and our own. One thing I believe, though, is that many of those enslaved Africans and African Americans understood well the reality of the environment into which they had been brought or born. And while I am sure there were situations and circumstances that gave them reason to hope—a time when slavery no longer would exist—the restraints and harshness of life as experienced by most enslaved Blacks provided information enough to serve as a catalyst to constantly seek change–freedom.

As we begin to move through this four-year period of a Trump presidency, let it remind us of our present-day realities in this country and the environment in which we now live. Let Donald Trump’s presidency serve as a catalyst for change—for our own freedom.