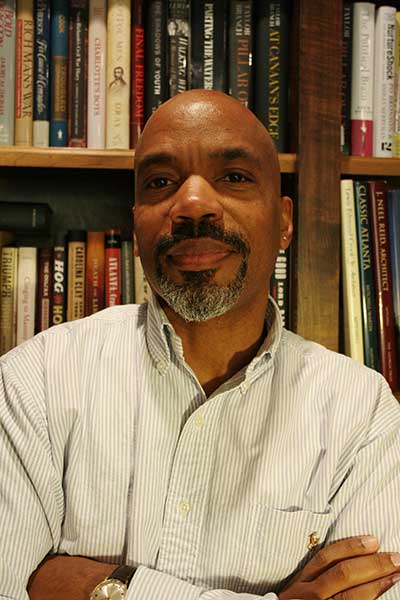 As a boy, Anthony was introspective and enjoyed spending time alone in his bedroom, watching his fish, playing with his hamsters, singing, and occasionally writing poetry. At the age of 10, Anthony began taking organ lessons. By the time he turned 13, he was quite proficient and would spend hours practicing and serenading his Nana. Anthony loved school from the first day he entered a classroom. He did very well in school, and over the course of his academic career he excelled in English, Spanish, and history. Eventually he graduated from Ohio Wesleyan University with a degree in Spanish.

After college, Anthony returned to New York City and held various entry-level positions in a commodities trading company, a student travel organization, and in the city’s social service sector. His desire to be with college friends in Venezuela, however, soon overpowered his fear of going against his family’s wishes, and he relocated to Caracas three years after graduation. The catalyst for Anthony’s return to the United States just three years after his departure, though, was the realization that Blacks in Venezuela were in situations similar to those of Blacks in his own country (socially, economically, and in many other ways). Also, his father’s declining health was a factor in his decision to return to New York.

Once home, Anthony tried again to make a life for himself in his native city. Even as he enjoyed New York’s social and cultural offerings, he felt more at peace in smaller metropolitan environments. Two years later, after the death of his father, he moved to Washington, D.C. In the nation’s capital Anthony thrived. Within six months, he landed a two-year contract with the Smithsonian Institution. When the contract ended, he accepted a position teaching creative writing at a local public high school. Museum work was in his blood, though, so he decided to combine his love for teaching and museum work by enrolling in a graduate program in museum education at The George Washington University. That program changed him profoundly and altered the trajectory of his life. Over the next 20-plus years, Anthony would hold various education-related and leadership positions as well as numerous consultancies with museums, historic sites, and historical societies. In 2015, Anthony officially left the museum field to start The Baton Foundation.

As he sees it, the rest of his life will be dedicated to ensuring that Black people—Black boys and girls in particular—better understand, value, and preserve the tremendous history and culture into which they were born.