History is Not Dead 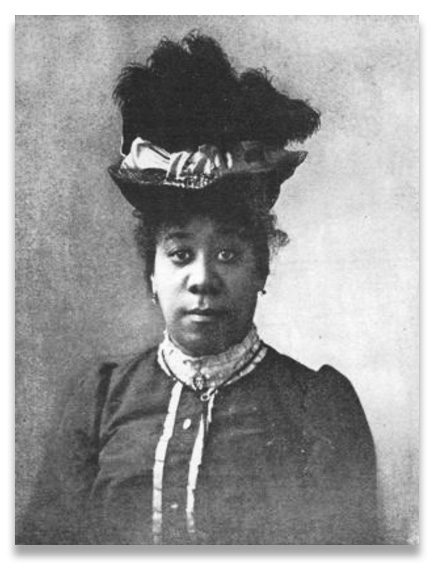 The Past Isn’t Dead. It Isn’t Even Past

I remember my paternal grandmother saying to me once, “Momma won’t be gone until I’m gone.” She was referencing, of course, her mother, Eula Reed (née Smith), who died in late-November 1967.

Like most young children, I did not really understand the concept of death; moreover, I had not developed the mental or the emotional capacity to appreciate the emptiness and sadness that often accompany the death of a loved one. As I got older, however, I realized that, in time, most human beings find their way through the pain and loneliness (and, possibly, depression), death frequently brings—we mourn. At the end of the grieving process, one puts the loved one’s death in perspective and begins not only to reassemble his or her own life, but also, the individual is able to establish a different relationship with the recently departed—generally through memory and ritual. One heals. It would be 27 years after my great-grandmother’s death before I would fully understand, and feel, my grandmother’s sentiment. For although, in the interim, I had lost a brother and my father, my grandmother’s death in 1994 is the one that caused me the most “conscious” pain. From infancy, and despite her flaws, my grandmother was my rock—the calm in all my life’s storms. Just knowing she was alive and “there” made all the difference in the world. Years after her death, I would, surprisingly, find myself thinking, “Nana won’t be gone until I’m gone.”

What, exactly, does this statement mean, though? Clearly, my grandmother was dead—just as her mother was dead when she made the comment in the early-70s. And, what elements of the deceased are we, the living, keeping alive, anyway…and how? Was my grandmother (and I) committed to keeping alive only memories—a spiritual memorial, of sorts, that demonstrated a certain reverence for her mother’s life? Or, was she keeping alive her mother’s ways of thinking, behaviors and actions in the face of specific stimuli? Obviously, I never will know; however, based on how I meant the statement with regard to my grandmother, I suspect it is a combination of the two.

As I observe the society in which we live, I am more aware of how the past really is not dead—or past. In fact, a more accurate description of reality would be the one coined by DuBois is his 1903 book, The Souls of Black Folk—it is more a “present-past.” Much like my grandmother’s and my commitment to keeping elements of the past alive within us, so, too, our society keeps alive remnants (and whole pieces) of its past—good and bad.

Recently, at a colleague’s mixed-race bon voyage party, the conversation veered off the relatively smooth Light Conversation and Pleasantries Road onto the bumpier Haven’t We Come A Long Way Road. Just six weeks out from the 2016 presidential election, those assembled felt unified in their disdain for Mr. Trump. Moreover, everyone felt safe enough to talk about how, if white, their family had made some significant gesture or taken some radical stance to help Blacks during the modern Civil Rights Movement. Black guests, on the other hand, felt comfortable sharing their experiences of humiliation and injustice during (and immediately after) the Jim Crow era. Both groups felt at ease and agreed on two things: 1. the history of race relations in the U.S. was deplorable, and 2. as a country, we’ve made tremendous progress. When I mentioned, though, that I did not believe much, if any, real progress had been made, there was an audible gasp. I explained myself by quoting Malcolm X, “If you stick a knife in my back nine inches and pull it out six inches, there’s no progress. If you pull it all the way out, that’s not progress. The progress is healing the wound that the blow made.” The blowback from both races was swift and virulent.

The arguments made for progress were predictable and I understood them well. I also understood that in the first nine months of 2016, almost one unarmed Black man or boy per day had been killed at the hands of law enforcement officers (a rate higher than that of Black men lynched between 1877 and 1950). Further, recent reports by the Pew Research Center and the Economic Policy Institute (EPI) found that in 2015 Blacks earned only 75% of what their white counterparts earned and earn less today than they did in 1979. Also, in 2016, a U.S. News and World Report study found that disparities in health make it such that roughly 100,000 more Black people die per year than whites (and this includes educated Blacks). Another 2016 U.S. News and World Report study found that “The achievement gap between white students and black students has barely narrowed over the last 50 years, despite nearly a half century of supposed progress in race relations and an increased emphasis on closing such academic discrepancies between groups of students.”

It is fine, I suppose, to be grateful for not having to sit in the back of a bus, or to not have to step off the sidewalk as a white person approaches. I am grateful to my grandparents, and to the millions of other Blacks who suffered the indignations of Jim Crow—sitting in the balconies of theaters, using inferior lavatory facilities, and not being able to sleep in motels and hotels on long road trips. I am humbled by the resilience of those Blacks who endured having family members lynched without cause, or run out of town (and having land stolen) for no reason other than the color of one’s skin. Yes, I am grateful these are not current realities. What this reality is in many ways, though, seems eerily reminiscent of those times. The past, indeed, does not appear to be dead—nor does it feel like the past.

At the dawn of a new century, in her 1900 novel, Contending Forces: A Romance Illustrative of Negro Life North and South, Pauline E. Hopkins (pictured above), perhaps, said it best, “Let us compare the happenings of one hundred—two hundred years ago, with those of today. The difference between then and now, if any there be, is so slight as to be scarcely worth mentioning.”