The Baton Foundation exists to facilitate the transmission of fact-grounded information about African Diasporic culture and history with the purpose of strengthening Black boys and adolescents emotionally, culturally, and intellectually.

True independence comes only from self-knowledge and self-mastery. In turn, self-knowledge and self-mastery come from ongoing efforts of self-exploration and introspection. We believe it is important that one nurture the courage to look at oneself honestly and without judgment—discarding what should be discarded, and letting blossom what desires to be born. By doing so, one will always walk in one’s own truth—that is, be free; independent.

Knowledge, or education as it’s more commonly known, is the raw material of life. Moreover, each of us is highly selective about the knowledge he pursues and chooses to take in. A lot of what is presented as knowledge, sometimes even in the context of education, is mere opinion, and at times even outright misinformation. We believe people must be careful about how they take in “knowledge,” as some of it might be toxic to their core beliefs and/or morals—and cause harm. Not all “knowledge” is good for all people. The individual must always be vigilant—he must come to know himself and his truth, and to take in only the information that will best aid him in his endeavors.

The Baton Foundation believes in the Black community writ large, and we derive strength from it. We acknowledge and respect the fact that Africans and their descendants around the globe represent myriad diversities, and we count them all as representatives of the greatness, strength, and resilience of peoples from one continent—Africa. Accordingly, all Baton Foundation activities and efforts are focused on the peoples, histories, stories, and cultures that have their origin there.

Active thought, in contrast with passive thought, requires an individual’s commitment to thinking about how and why he thinks the way he does (a process known as metacognition). This kind of thinking calls for dedication, as the individual must always be prepared to question not only what he thinks, but also why he thinks that way.

Black people encompass a broad spectrum of ethnicities, religions, skin colors and tones, physical features and abilities, genders and sexual orientations, political beliefs, cultural expressions, socio-economic levels and classes, academic backgrounds and intellectual strengths, and a host of other differences. Accordingly, our organization has a responsibility to respect the various Black communities’ diversity in everything we do. Throughout our company, and even among those individuals and organizations we consider our partners, acceptance is the cornerstone of our work.

Anthony Knight founded The Baton Foundation in May 2015 to serve the emotional, cultural, and intellectual needs of Black boys in Atlanta and in the African Diaspora. The notion first came to him in the fall of 1993, however, while he was enrolled in the Museum Education graduate program at The George Washington University in Washington, D.C. The initial idea was that the organization would have a multidisciplinary, multi-building campus and bear the name of his paternal great-great grandparents, Mary Elizabeth and Alexander Adams—both born into slavery in the mid-19th century. Before dawn that early-fall morning, Knight awoke and sketched the vision that had come to him in his sleep—a 40-acre compound that included a museum, a school, an archives/library, a performing arts theater, a center for spirituality and human consciousness, eight gardens, a working farm, and four reflecting pools (Knight still possesses the original sketch).

Over the next 22 years, that initial vision would take many forms. Knight never forgot the powerful image that came to him all those years earlier. In February 2015, while leading a focus group about the Atlanta Student Movement, a conversation between Knight and the late Dr. Lonnie C. King, Jr. (a leader of the Atlanta Student Movement), brought together his initial vision, its many iterations, and Knight’s ongoing concerns for Black boys in the United States and abroad.

Although Black people made important contributions to this country and to the world during the modern Civil Rights Movement, King said, we have to stop teaching our kids that all the movement’s goals were met. We have to approach teaching civil rights to our kids as if we were training them to run a relay race. Even though some of the strategies and approaches we used in the past will work today, it is each generation’s responsibility to figure out what will work best for the challenges it faces in its time. Each generation has to run its leg of the race.

From the image of running a relay race, Knight took that sport’s principal icon, the baton, and named his foundation. Thus was born The Baton Foundation, Inc. 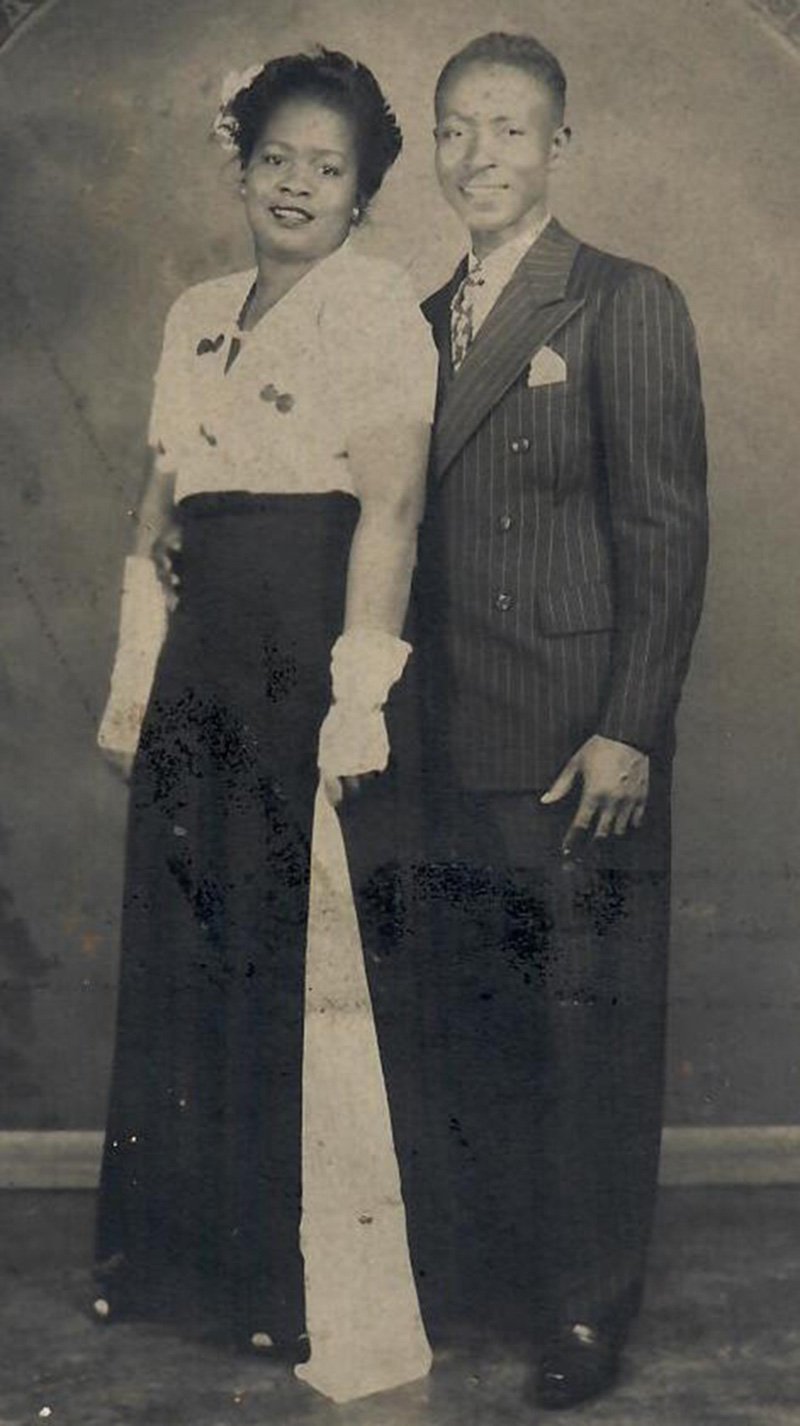 Mrs. Velma Lillion Knight (née Reed) and Mr. Solomon Knight were born in 1913 in Sanford, Florida, and Quitman, Georgia, respectively. They met in Sanford as children and married in 1933. Seeking better employment opportunities and an environment free from oppressive Jim Crow laws, the couple migrated to New York City in May 1938. Hard work, perseverance, and a little luck enabled the Knights to move out of Harlem and purchase their first home in Hempstead, New York, in 1952. Mrs. Knight ran a successful, home-based real estate business, while Mr. Knight worked for a small drug store—over time working his way up to middle management. For almost four decades, until the Knights retired to Florida in 1990, they were pillars of the Hempstead community. During their lives, they benefited significantly from close bonds with family and friends, a belief in hard work (and hard play), helping others, and pride in and respect for Black people and Black culture. Beyond these things, what they valued most was the importance of a sound education. 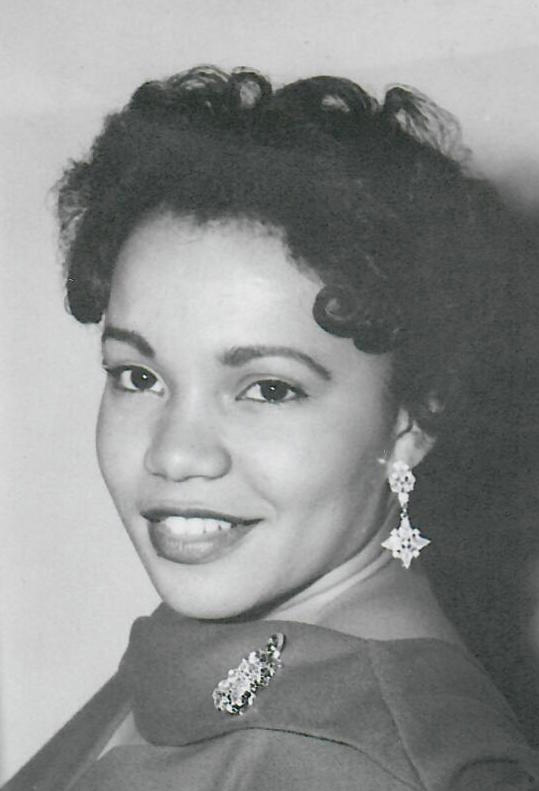 Simone Elaine Dewey was born April 6, 1940, in New York City (the Bronx) to Mildred J. Dewey (née Giraud) and George Gray Dewey. Simone was the eldest of six siblings, and from an early age she assumed significant familial responsibility. In high school, her music teacher recognized her extraordinary operatic singing voice and helped her launch a successful singing and stage career (including studies at the prestigious Mannes Music School). For the next 15 years she vigorously pursued a career in opera, held down various entry-level communications jobs, married, and raised four children. And though singing fed her soul, she wanted more out of life financially; thus, in the mid-1970s, she committed herself further to a corporate career in international communications. Over the course of two decades, she reached senior-level management positions. In the early 1990s, however, she decided to leave the grind of corporate life. Soon after leaving corporate, she opened an art space, Simone’s Gallery, which focused on the works of emerging Black artists. After a successful five-year run, Ms. Dewey closed the gallery. She then turned her attention to travel, helping to care for her active, yet aging mother; her book club; gardening; and enjoying the company of friends and family. Her life has been, and continues to be, guided by one word: independence. 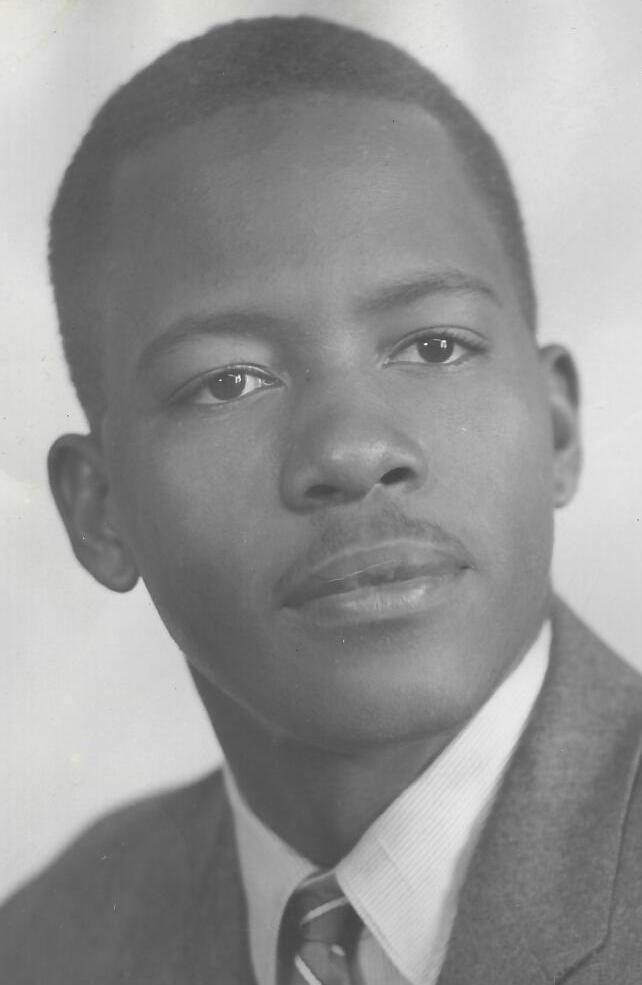 Anthony Bernard Knight, Sr., was born May 11, 1933, in Sanford, Florida, to Velma L. and Solomon Knight. Many of the first years of Anthony B. Knight’s life were spent with his paternal grandparents in Sanford while his parents worked to establish themselves in New York City. Once in New York, Anthony B. Knight participated in activities that engaged many other young boys and adolescents in his Harlem community. Always a restless and inquisitive soul, Anthony B. Knight saw the world differently from his parents and contemporaries. From the mid-1960s through the early 1970s, his vision of a better life and equal education for Black people, particularly Black youth, led him to create various businesses focused on educational playthings and informal learning. By the mid-1970s, he parlayed those early efforts into a career in educational sales with a national company. Following the accidental and tragic death of his son, Marc, in 1976, Anthony B. Knight’s life was marked by long-term illness. Despite his health challenges, he enjoyed a fulfilling end-of-life career in baking (and playing with his grandchildren). In 1990, at the age of 57, Anthony B. Knight died from complications of scleroderma. The importance of the power of thought is his legacy. “Think!” he would often say. “Use your damn brain!”