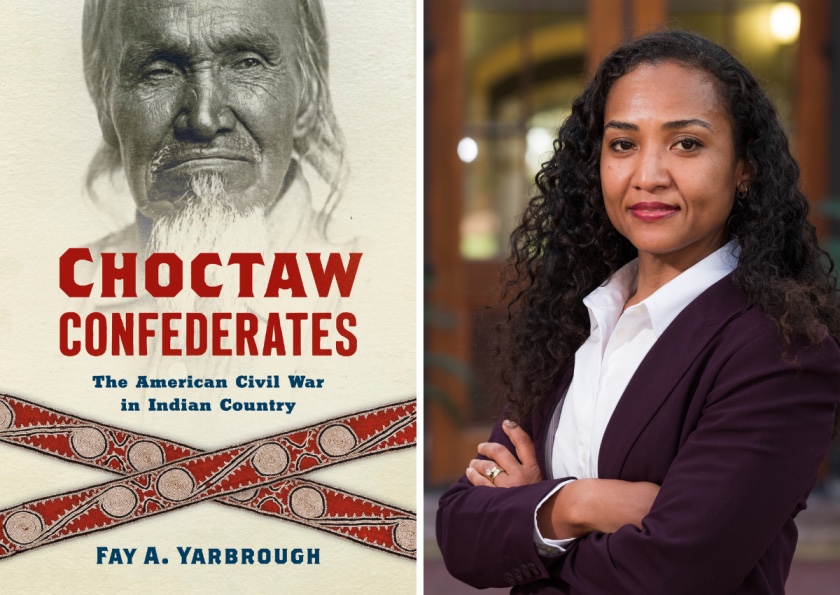 The Baton Foundation, in partnership with the Auburn Avenue Research Library on African American Culture and History, will host a lecture about the nexus of the Choctaw Nation, the Confederacy and enslaved Blacks. This program is free to the public, but registration is required.

When the Choctaw Nation was forcibly resettled in Indian Territory in present-day Oklahoma in the 1830s, it was joined by enslaved Black people—the tribe had owned enslaved Blacks since the 1720s. By the eve of the Civil War, 14 percent of the Choctaw Nation consisted of enslaved Blacks. Avid supporters of the Confederate States of America (CSA), the Nation passed a measure requiring all whites living in its territory to swear allegiance to the Confederacy and deemed any criticism of it or its army treasonous and punishable by death. Choctaws also raised an infantry force and a cavalry to fight alongside Confederate forces.

In Choctaw Confederates: The American Civil War in Indian Country (The University of North Carolina Press, 2021), Professor Fay Yarbrough reveals that, while sovereignty and states’ rights mattered to Choctaw leaders, the survival of slavery also determined the Nation’s support of the Confederacy. Mining service records for approximately 3,000 members of the First Choctaw and Chickasaw Mounted Rifles, Yarbrough examines the experiences of Choctaw soldiers and notes that although their enthusiasm waned as the war persisted, military service allowed them to embrace traditional masculine roles that were disappearing in a changing political and economic landscape. By drawing parallels between the Choctaw Nation and the Confederate states, Yarbrough looks beyond the traditional binary of the Union and Confederacy and reconsiders the historical relationship between Native populations and slavery. PURCHASE BOOK HERE

Fay A. Yarbrough is professor of history at Rice University (Houston, TX) and the author of Race and the Cherokee Nation (University of Pennsylvania Press, 2008).