What the Children Told Us 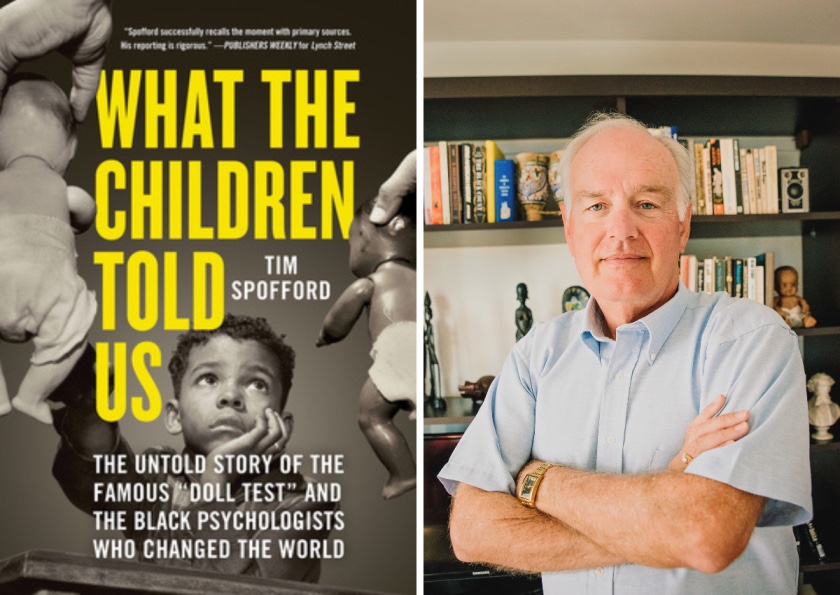 The Baton Foundation, in partnership with the Auburn Avenue Research Library on African American Culture and History, will host a lecture about the lives and work of Drs. Kenneth and Mamie Clark—the originators of the famous “doll test”. This program is free to the public, but registration is required.

What the Children Told Us: The Untold Story of the Famous “Doll Test” and the Black Psychologists Who Changed the World (Sourcebooks, 2022) is the story of a young couple, Kenneth and Mamie Clark. Kenneth, a working-class guy from Harlem, and Mamie, a rich young lady from Hot Springs, Arkansas. They met at Howard University, fell in love and, to her parents’ chagrin, married in secret during the Great Depression before finishing their education.

Dr. Kenneth Clark visited rundown and under-resourced segregated schools across America, presenting Black children with two dolls: a white one with hair painted yellow and a brown one with hair painted black. “Give me the doll you like to play with,” he said. “Give me the doll that is a nice doll.” The psychological experiment Dr. Clark developed with his wife, Mamie–designed to measure how segregation affected Black children’s perception of themselves and other Black people, was at once enlightening and horrifying. Repeatedly, the young children–some not yet five years old–selected the white doll as preferable, and the brown doll as “bad.” Some children even denied their race.

What the Children Told Us is the story of the towering intellectual and emotional partnership between two scholars who highlighted the psychological effects of racial segregation. The Clarks’ story is one of courage, love, and an unfailing belief that Black children deserved better than what society was prepared to give them. It is the story of two bright, energetic, ordinary people whose unrelenting activism played a critical role in the landmark 1954 case, Brown v. Board of Education. The Clarks’ decades of impassioned advocacy, their inspiring marriage, and their enduring work shines a light on the power of passion and unrelenting commitment.

Tim Spofford grew up in the all-white mill town of Cohoes, N.Y. hearing stories of Black families run out of his city in the middle of the night. The May 1970 slayings on the Kent and Jackson State campuses amid antiwar unrest were the catalyst for his writing career and his book, Lynch Street, which reconstructs the events leading to the campus slayings of two Black students in Mississippi’s capital city. A writing career focused on racial issues in education followed the completion of his first book. For seven years, Spofford covered educational policymaking for the Albany Times Union in New York’s capital. His beat included the state Education Department, the state Legislature and the 64-campus State University of New York system.

Spofford has taught writing and journalism in schools and colleges and has a Doctor of Arts in English degree from the State University at Albany. He’s published articles in The New York Times, Newsday, Mother Jones, Columbia Journalism Review and other publications. He also worked as a copy editor, most recently at the St. Petersburg Times in Florida, where he coached young editors. Spofford is an avid hiker, swimmer and landscaper. He lives with his wife, Barbara, in St. Petersburg, Florida, and Lee, Massachusetts.