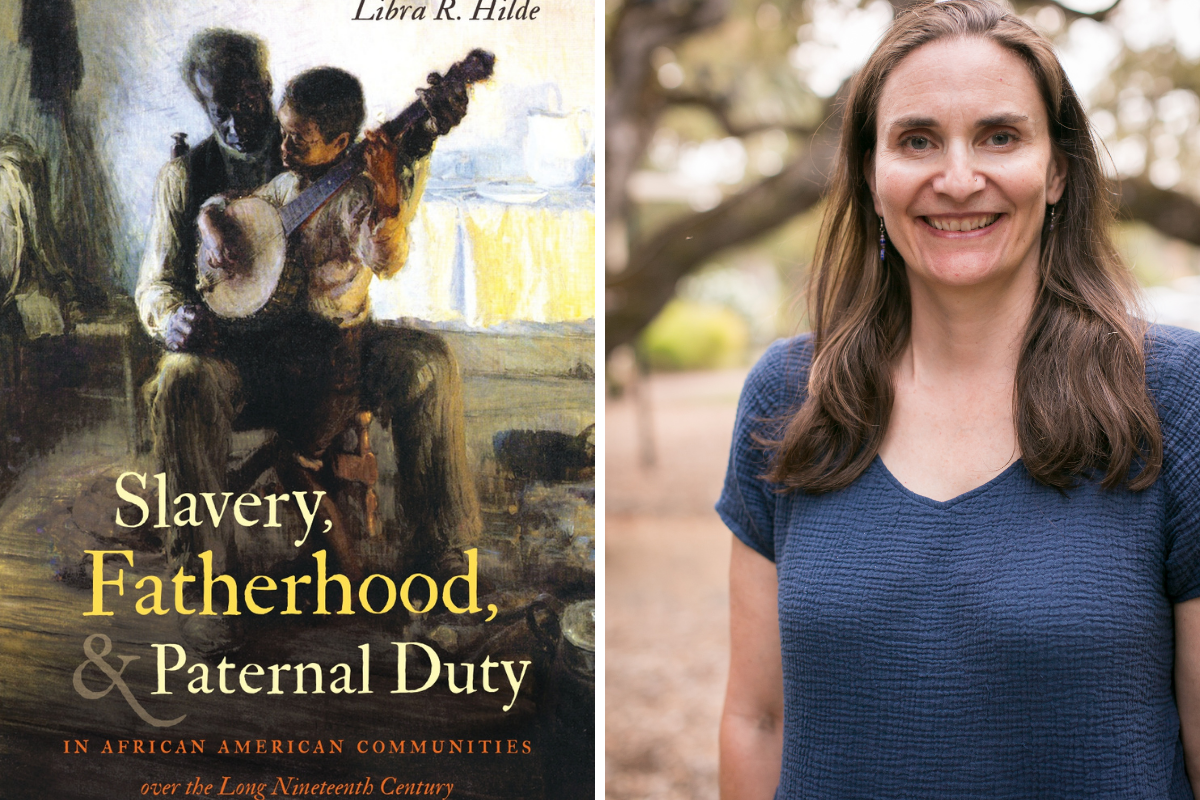 The Baton Foundation, in partnership with the Auburn Avenue Research Library on African American Culture and History, is thrilled to offer a special Father’s Day lecture about Black fatherhood throughout the nineteenth century—during and after Black enslavement. This program is free to the public, but registration is required.

In Slavery, Fatherhood, & Paternal Duty (The University of North Carolina Press, 2020), Libra R. Hilde analyzes published and archival oral histories of formerly enslaved Blacks to explore the meanings of manhood and fatherhood during and after the era of slavery, demonstrating that Black men and women articulated a surprisingly broad and consistent vision of paternal duty across more than a century. Complicating the tendency among historians to conflate masculinity within slavery with heroic resistance, Hilde emphasizes that, while some enslaved men openly rebelled, many chose subtle forms of resistance in the context of family and local community. She explains how a significant number of enslaved men served as caretakers to their children and shaped their lives and identities. From the standpoint of enslavers, this was particularly threatening–a man who fed his children built up the master’s property, but a man who fed them notions of autonomy put cracks in the edifice of slavery.

Fatherhood highlighted the agonizing contradictions of the condition of enslavement, and to be an involved father was to face intractable dilemmas, yet many men tried. By telling the story of the often quietly heroic efforts that enslaved men undertook to be fathers, Hilde reveals how formerly enslaved African Americans evaluated their fathers (including white fathers) and envisioned an honorable manhood. Purchase books here.

Libra Hilde is a professor of history at San José State University. She holds a Ph.D. in history from Harvard and a B.A. in history and Native American Studies from U.C. Berkeley.

Photo Credit for Professor Hilde: Center for Advanced Study in the Behavioral Sciences at Stanford University