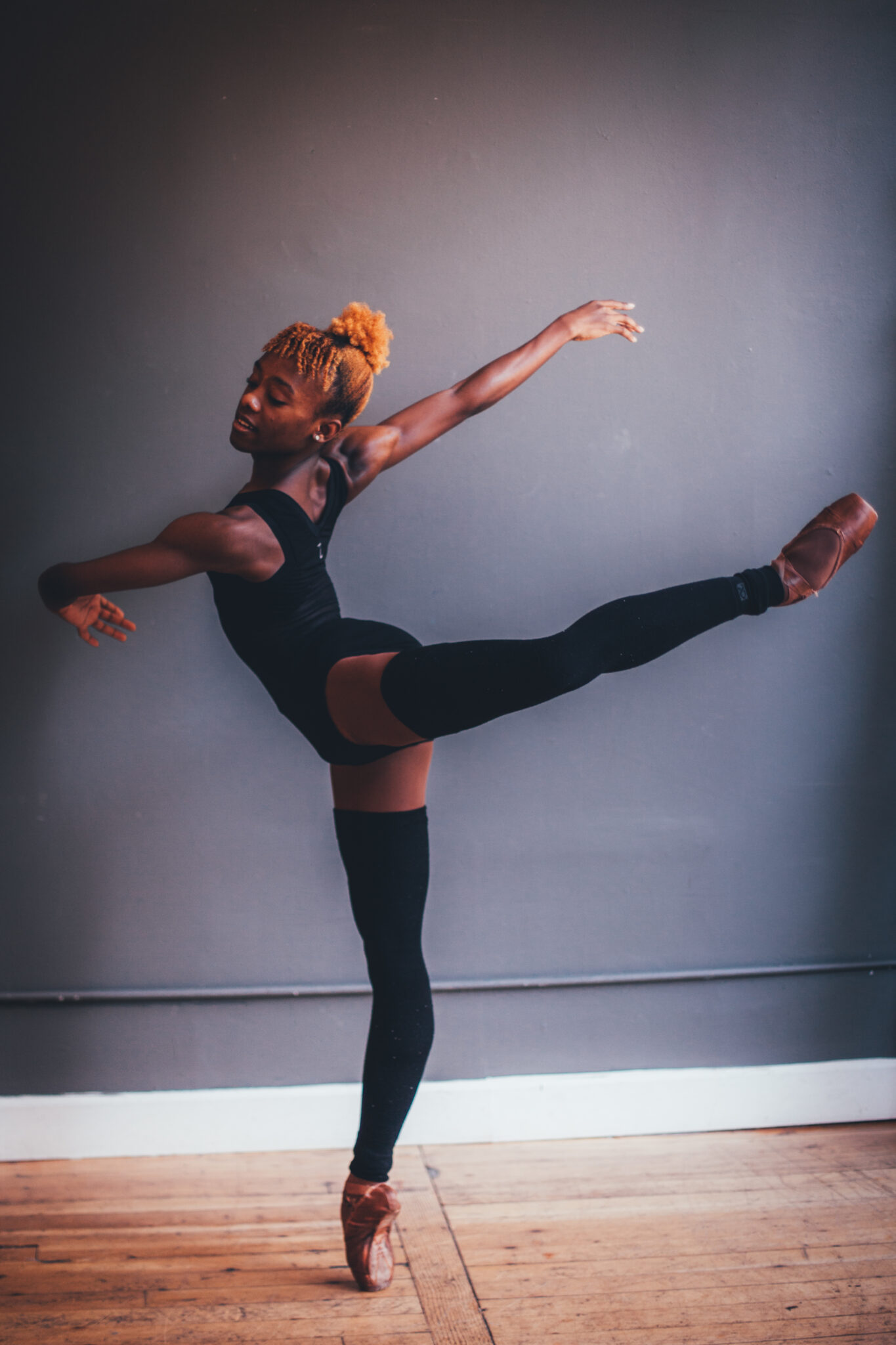 The Baton Foundation, in partnership with CNP and the Auburn Avenue Research Library on African American Culture and History, is excited to present a facilitated conversation between ballet dancer Ashton Edwards and Daryl Foster. This program is free to the public, but registration is required. NOTE: All times are Eastern Daylight Time (EDT). You may register here.

Ballet Dancer Ashton Edwards is originally from Flint, Michigan. He began dancing at age 4 at the Flint School of Performing Arts. For four years, Ashton was a member of the Flint Youth Ballet, the most advanced dance ensemble of the FSPA (Flint School Performing Arts). Over the course of his career, Ashton has attended summer ballet intensives on full scholarships at The Joffrey Academy of Dance in Chicago, Houston Ballet School, and Pacific Northwest Ballet School. In 2018, Ashton represented his home city of Flint in the NACCP National Afro-Academic, Cultural, Technological and Scientific Olympics (ACT-SO) competition in San Antonio, Texas, and won a bronze medal in the Performing Arts/Ballet category. Currently, Ashton is training at Pacific Northwest Ballet School (PNB) as a Professional Division student. PNB School’s two-year Professional Division offers advanced instructions for students planning a professional dance career. Acceptance to the program is by invitation only. Ashton is also training en pointe at PNB in hopes of someday having a gender-non-conforming career with a professional ballet company.

Daryl L. Foster began training at the age of 18 as a student at the University of Alabama. As a student, he secured scholarships to Harvard Summer Dance, Cleo Parker Robinson Dance Ensemble, and two full scholarships to the American Dance Festival at Duke University. Upon completion of his undergraduate degree (BA in dance and English), Daryl joined the renowned Dayton Contemporary Dance Company as a Dancer with DCDC2 in Dayton, Ohio. He also began exploring musical theater as an ensemble member of the University of Southern Indiana’s performance company at the Lincoln Boyhood National Monument. There, he performed roles in The Music Man, The Sound of Music, and the title show, Young Abe Lincoln. Daryl would later relocate to New York City–dancing in an opera about Nelson Mandela and working in an administrative capacity for Urban Bush Women.

After September 11, 2001, Daryl reassessed his professional trajectory and completed an MFA in performance and choreography at Florida State University. Degree in hand, Daryl took a position to direct and teach dance at Booker Middle School for the Performing Arts before moving to Atlanta in 2006. In Atlanta, Daryl was offered an adjunct professor position at Kennesaw State University. He also held faculty positions at Spelman College, Agnes Scott College, and the University of Georgia. In 2010, Daryl partnered with Terry Slade to premiere LIFT Men. Dance. Life., a showcase featuring male dancers and choreographers working together to discuss and create work about men of color and the issues they face. Daryl also created EMERGING: A New Choreographers Showcase to nurture, develop, and present the work of aspiring choreographers. Twice a year, the EMERGING process takes ten choreographers through an immersive process that culminates in a fully produced performance. A signature component of the program is feedback from industry professionals.

Currently, Daryl continues to write, produce, and direct. He also is expanding LIFT to an artist management company. Daryl is from Tuscaloosa, Alabama.

Darian Aaron has a career in media that spans nearly two decades. His byline has appeared in both print and digital formats. Darian is currently the Communications Director for CNP and Editor-At-Large of The Reckoning, a CNP online publication and 2021 GLAAD Media Award Nominee for outstanding blog. Darian’s career also includes radio and television news, most recently as a general assignment reporter for CBS affiliate WRBL in Columbus, Georgia.

Darian is the creator of the award-winning blog, Living Out Loud with Darian—a blog created to provide a platform for stories impacting LGBTQ+ communities of color. Prompted by demand from his loyal followers, he launched Living Out Loud 2.0 in spring 2020.

Much of Darian’s digital and social justice work advocates on behalf of LGBTQ+ people of color, with a particular focus on the intersection of race, sexuality and religious intolerance as seen in his previous blog and coffee-table book, When Love Takes Over: A Celebration of SGL Couples of Color. Additionally, Darian made history as the first African American Editor-in-Chief of Atlanta’s Georgia Voice newspaper.

Darian has used his voice in support of LGBTQ+ equality and visibility on television and in print as a contributor to several publications: CLIK Magazine (Staff Writer), The Advocate, The LA Times, The Huffington Post, EBONY Magazine, Project Q Atlanta and The Montgomery Advertiser, among others.

In 2011, he was one of a dozen LGBTQ+ leaders selected to attend GLAADs first Media institute in New York City. In 2012, he became one of few openly gay Black men to be profiled in EBONY Magazine in the featured piece Black, Gay and Christian: Where Spirituality and Sexuality Converge.

Before moving to Atlanta, Darian was a professional dancer in New York, Las Vegas and Los Angeles. Darian is a native of Montgomery, AL and a member of The National Association of Black Journalists.