Contagions of Empire: A Conversation With Professor Khary Polk 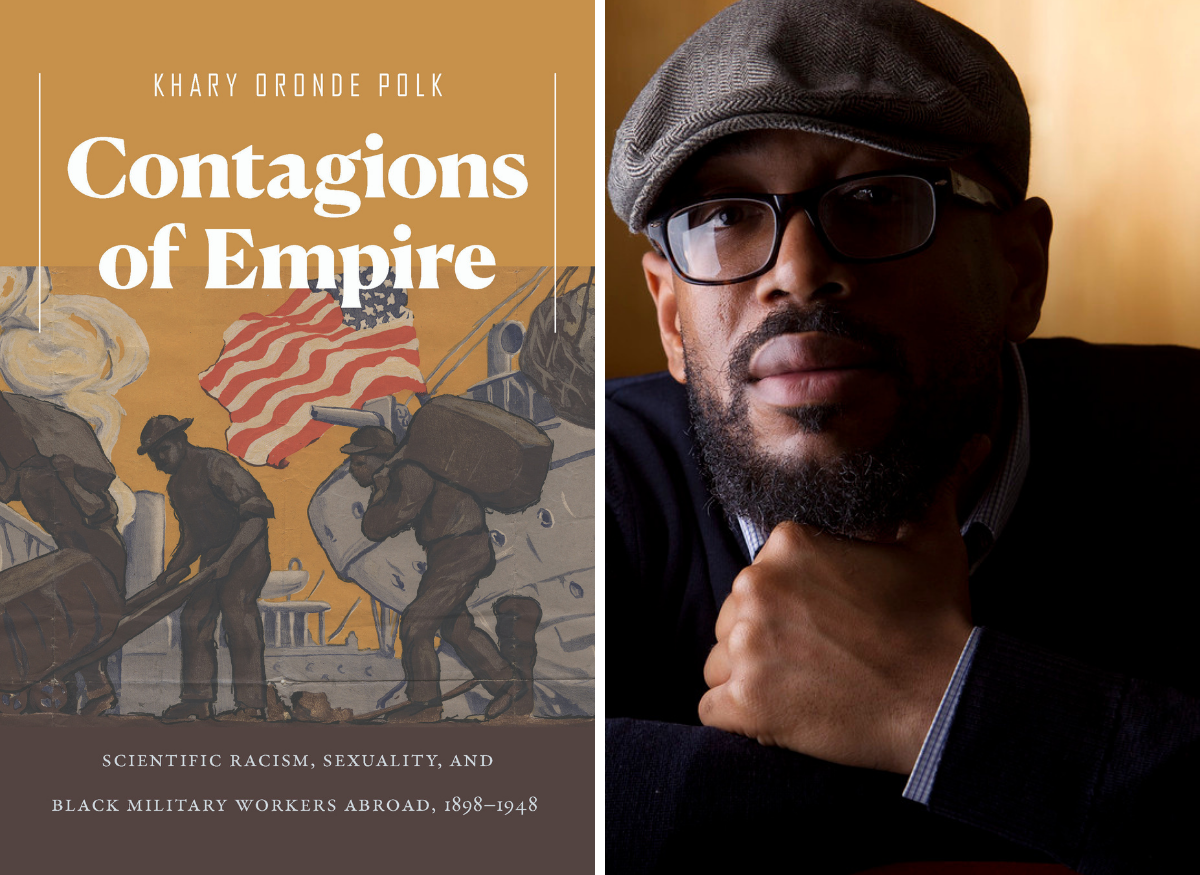 The Baton Foundation is excited to host an author discussion with Professor Khary Polk about his recently published book, Contagions of Empire. This program is free, but registration is required.

Contagions of Empire: Scientific Racism, Sexuality, and Black Military Workers Abroad, 1898-1948 (University of North Carolina Press, June 2020) examines how the movement of Black soldiers and nurses around the world in the early-to-mid twentieth century challenged U.S. military ideals of race, nation, and honor.

From 1898 onward, the expansion of United States militarism and empire abroad increasingly relied on Black labor, even as policy remained infected both by scientific racism and by fears of contagion. Black men and women were mobilized for service in the Spanish-Cuban-American War (1898) under the War Department’s belief that southern Blacks carried an immunity against tropical diseases.

Later, in World Wars I and II, Black troops were stigmatized as members of a contagious “venereal race” and were subjected to experimental medical treatments meant to curtail their sexual desires. By turns feared as contagious and at other times valued for their immunity, Black men and women played an important part in the U.S. military’s conscription of racial, gender, and sexual difference, even as they exercised their embattled agency at home and abroad.

By following the scientific, medical, and cultural history of Black enlistment through the archive of American militarism, this book traces the Black subjects and agents of empire as they came into contact with a world globalized by warfare.

Khary Oronde Polk is an Associate Professor of Black Studies & Sexuality, Women’s and Gender Studies at Amherst College. He is a cultural historian of the African diaspora, a specialist in LGBTQ studies, and a scholar of race, gender, and sexuality in the U.S. military. Polk received his Ph.D. in American Studies from New York University, and teaches courses on Black sexuality, military history, Black European studies, race & the American imagination, and queer theory. He has written for the Studio Museum of Harlem, The Journal of Negro History, Women’s Studies Quarterly, Gawker, and the journal Biography: An Interdisciplinary Quarterly. Polk has also contributed essays to a number of queer of color anthologies, including If We Have To Take Tomorrow, Corpus, and Think Again.

Register for the Zoom Lecture Here