The Ledger and the Chain 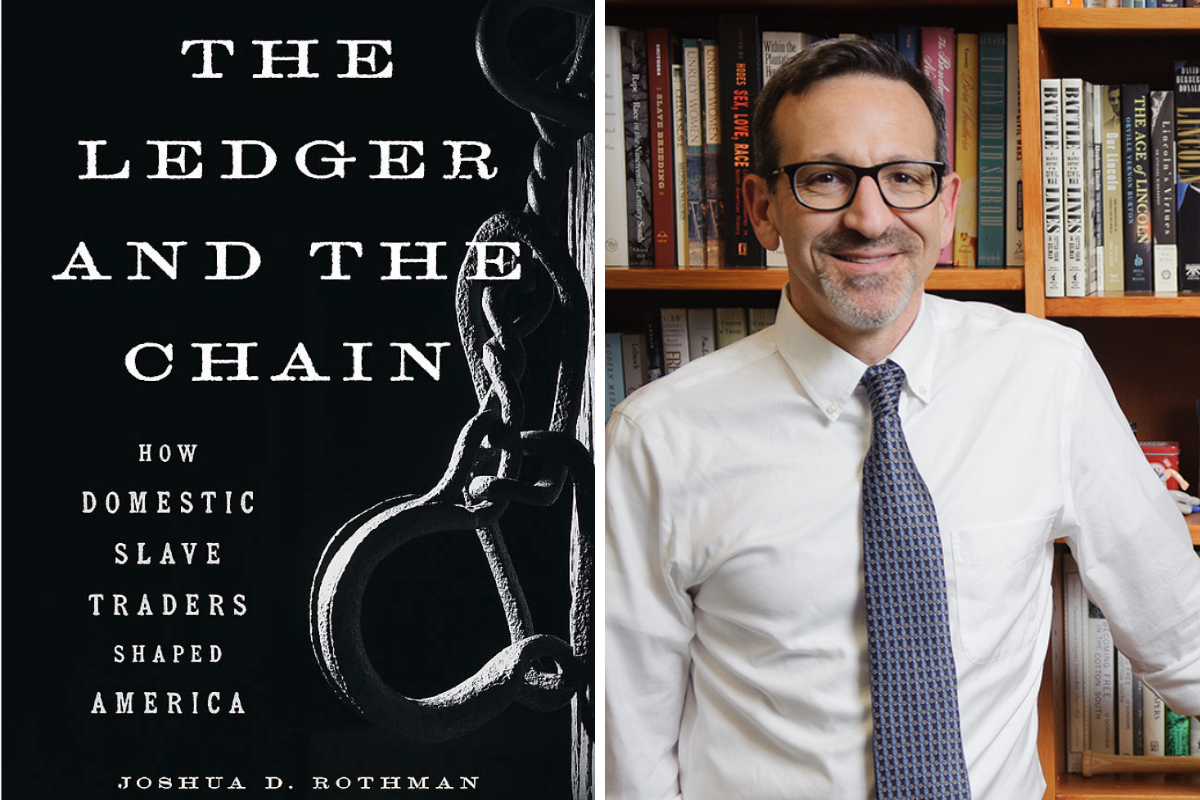 The Baton Foundation, in partnership with the Auburn Avenue Research Library on African American Culture and History, will host a lecture about the domestic slave trade in the United States—sometimes referred to as the second Middle Passage. This program is free to the public, but registration is required.

The terrors inflicted upon Black women, children and men held in bondage in America are notorious. Much less well-known are the slave traders who trafficked and sold over half a million enslaved Blacks from the Upper South to the Lower South. Although these men and their cruelties have largely slipped into obscurity, they were essential to the expansion of Black enslavement in America in the decades before the Civil War. Indeed, their work helped fuel the growth and prosperity of the United States itself.

In The Ledger and the Chain (Basic Books, 2021), acclaimed historian Joshua D. Rothman recounts the shocking story of the domestic slave trade by tracing the lives and careers of three men who built the largest and most powerful slave-trading operation in American history. Far from being social outcasts or bit players, Isaac Franklin, John Armfield, and Rice Ballard were rich and widely respected businessmen, and their company sat at the very center of the capital flows that connected southern fields to merchant houses and banks across the country.

A sobering story of entrepreneurial ambition and remorseless violence toward the enslaved, The Ledger and the Chain paints a haunting portrait of the unfathomable brutality and enormous power held by slave traders. This eye opening, deeply researched book brings to light legacies long held in the dark.

Joshua D. Rothman is Professor of History and Chair of the Department of History at the University of Alabama. He is the author of two previous books about slavery, Notorious in the Neighborhood: Sex and Families across the Color Line in Virginia, 1787-1861, and Flush Times and Fever Dreams: A Story of Capitalism and Slavery in the Age of Jackson.