The Black Republic: African Americans and the Fate of Haiti 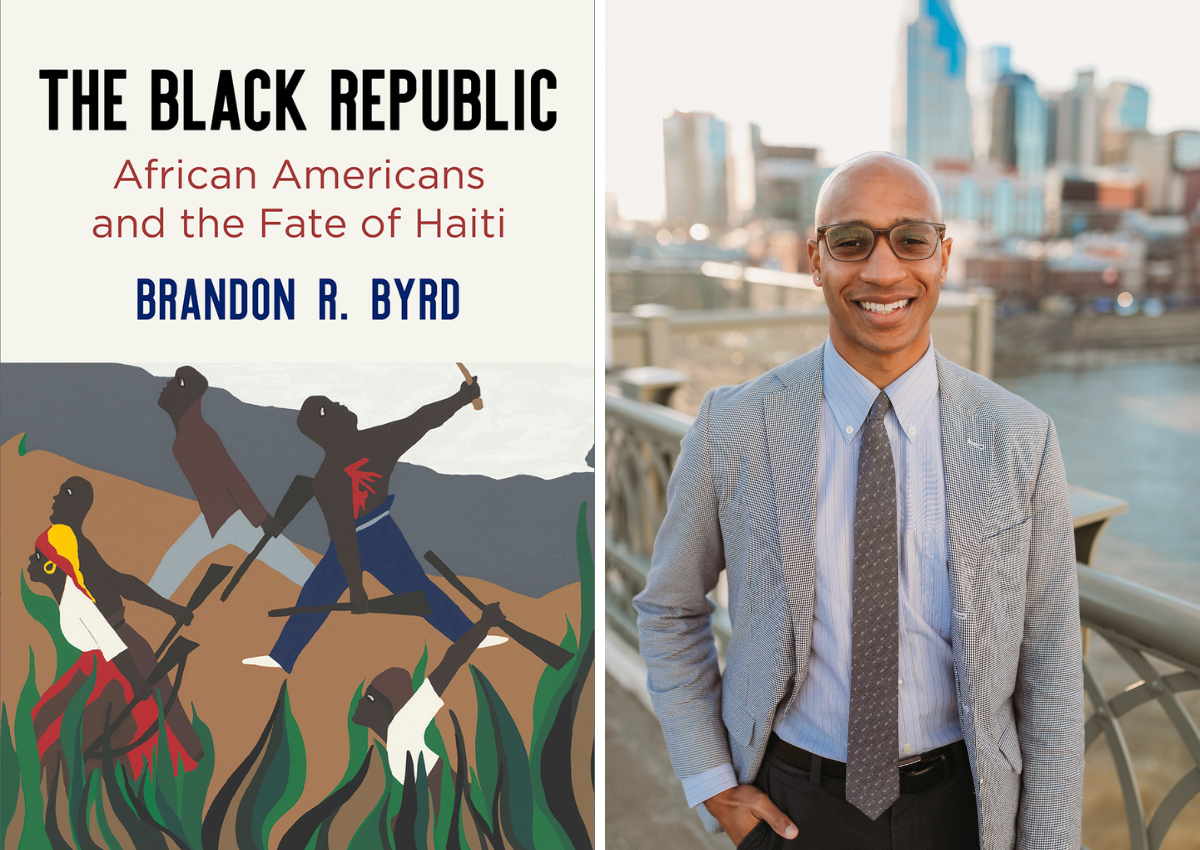 The Baton Foundation, in partnership with the Auburn Avenue Research Library for African American Culture and History, is excited to kick off the 2021 program year with a lecture by Professor Brandon Byrd about post-Civil War sentiments U.S. Blacks held toward Haiti. This program is free to the public, but registration is required.

In The Black Republic: African Americans and the Fate of Haiti (The University of Pennsylvania Press, 2019), Brandon R. Byrd explores the ambivalent attitudes that Black American leaders in the post-Civil War era held toward Haiti, the first and only Black republic in the Western Hemisphere. Following emancipation, Black American leaders of all kinds—politicians, journalists, ministers, writers, educators, artists, and diplomats—identified new and urgent connections with Haiti, a nation long understood as an example of Black self-determination. They celebrated not only its diplomatic recognition by the United States but also the renewed relevance of the Haitian Revolution.

While a number of Black leaders in the United States defended the sovereignty of a republic whose fate they saw as intertwined with their own, others expressed concern over Haiti’s fitness as a model Black nation–scrutinizing whether it truly reflected the “civilized” progress of the Black race. Influenced by the imperialist rhetoric of their day, many Black Americans across the political spectrum espoused a politics of racial uplift, taking responsibility for the “improvement” of Haitian education, politics, culture, and society. They considered Haiti an uncertain experiment in Black self-governance: it might succeed and vindicate the capabilities of U.S.-born Blacks demanding their own right to self-determination or it might fail and condemn the Black diasporic population to second-class status for the foreseeable future.

When the United States military occupied Haiti in 1915, it created a crisis for W. E. B. DuBois and other Black activists and intellectuals who had long grappled with the meaning of Haitian independence. The resulting demand for, and idea of, a liberated Haiti became a cornerstone of the anti-capitalist, anti-colonial, and anti-racist radical Black internationalism that flourished between World War I and World War II. Spanning the Reconstruction, post-Reconstruction, and Jim Crow eras, The Black Republic recovers a crucial and overlooked chapter of Black internationalism and political thought. PURCHASE BOOK HERE.

Brandon R. Byrd is an Assistant Professor of History at Vanderbilt University. His research focuses on nineteenth and twentieth-century Black intellectual and social history, with a special interest in Black internationalism. He is the author of The Black Republic: African Americans and the Fate of Haiti and he is currently writing a transnational and grassroots history of the post-emancipation United States.