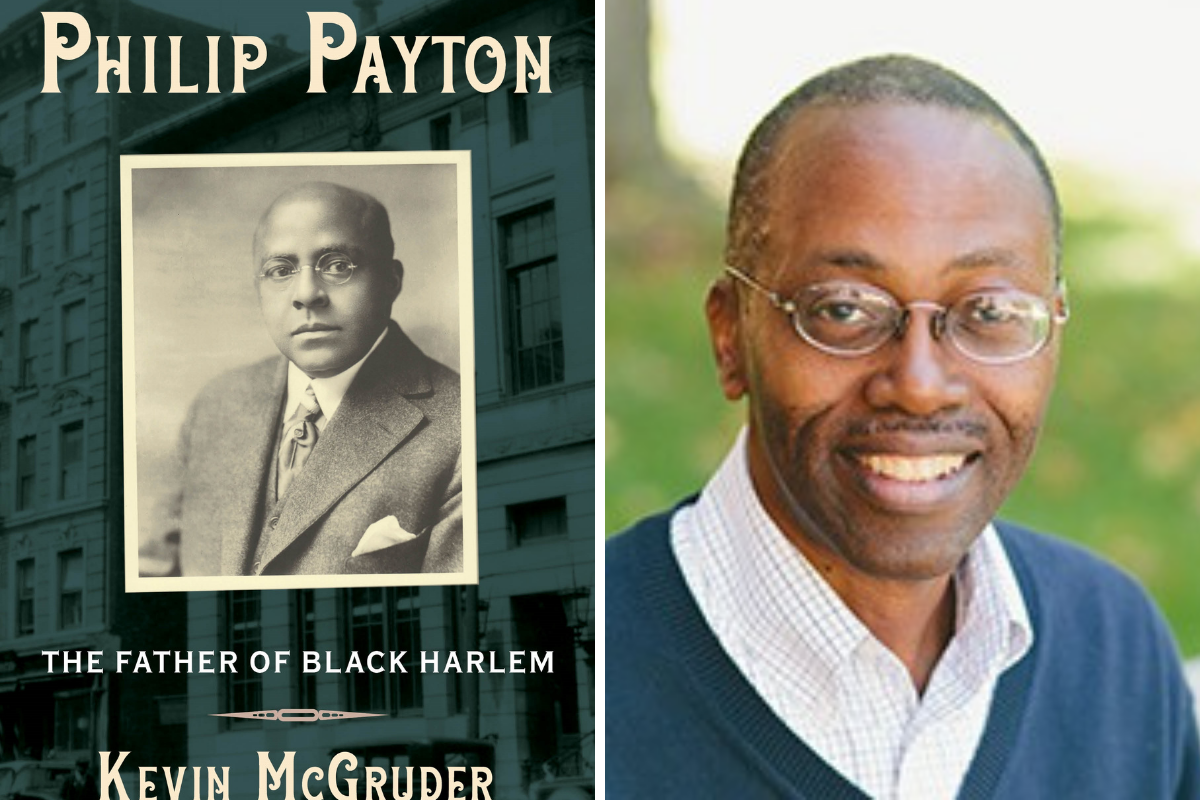 The Baton Foundation, in partnership with the Auburn Avenue Research Library on African American Culture and History, will host a lecture about real estate entrepreneur Philip Payton and the intersection of race, self-advancement, social justice and capitalism. This program is free to the public, but registration is required.

In Philip Payton: The Father of Black Harlem (Columbia University Press, 2021), Kevin McGruder explores Payton’s career and its implications for the history of residential segregation. Payton stood up for the right of Black people to live in Harlem in the face of vocal white resistance. Through skillful use of print media, he branded Harlem as a Black community and attracted interest from those interested in racial uplift. Yet while Payton “opened” Harlem streets, his business model depended on continued racial segregation. Like white real estate investors, he benefited from the lack of housing options available to desperate Black tenants by charging higher rents. Payton developed a specialty in renting all-Black buildings, rather than the integrated buildings he had once envisioned, and his personal successes ultimately entrenched Manhattan’s racial boundaries. McGruder highlights what Payton’s story shows about the limits of seeking advancement through enterprise in a capitalist system deeply implicated in racial inequality.

At a time when understanding the roots of residential segregation has become increasingly urgent, this biography sheds new light on the man and the forces that shaped Harlem. PURCHASE BOOK HERE.

Kevin McGruder is Associate Professor of History at Antioch College, Yellow Springs, Ohio. He received his B.A. in Economics from Harvard University, a M.B.A. in Real Estate Finance from Columbia University, and a Ph.D. in History from the Graduate Center of City University of New York. Before pursuing doctoral studies, he worked for many years in nonprofit community development. He is author of the 2015 book, Race and Real Estate Conflict and Cooperation in Harlem, 1890-1920.