The Revival of Proslavery Thought in America 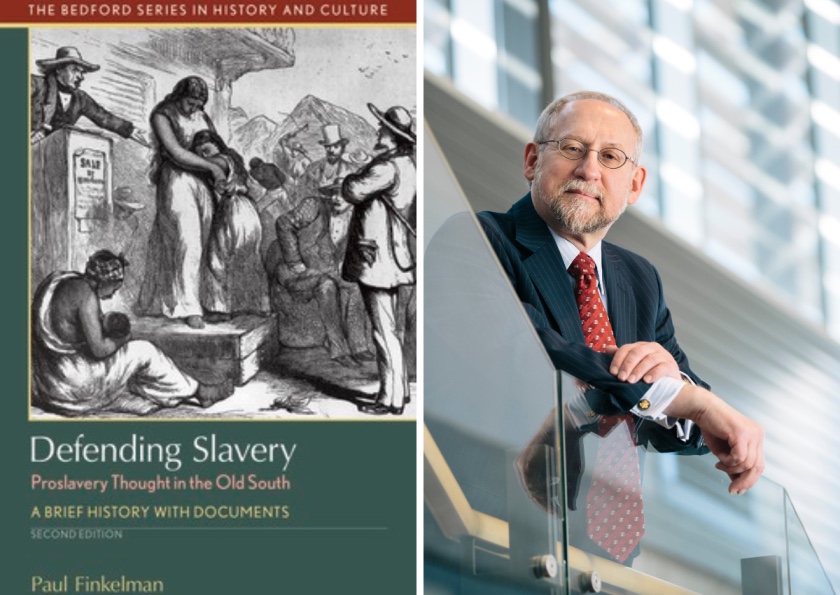 The Baton Foundation, in partnership with the Auburn Avenue Research Library on African American Culture and History, will host a lecture about the resurgence of proslavery thought in the United States. This program is funded by Atlanta Civic Site – The Annie E. Casey Foundation and is free to the public. Registration is required.

In this two-part talk, Paul Finkelman will sketch out the nature of Pro-Slavery thought in the United States from the American Revolutionary War to the Civil War. In part one, based primarily on his book, Defending Slavery: Proslavery Thought in the Old South, Second Edition (Bedford/St. Martins, 2020), he will note the many areas of knowledge that defenders of slavery used to justify the institution. These defenses were based on, among other things: Biblical analysis and religion, science and medicine (as they were understood at the time), economics, law, novels and poems, sociology, philosophy, geography, and political theory. Southern defenders of slavery — from Thomas Jefferson in the 1780s to Jefferson Davis in the 1860s — used these areas of knowledge to justify slavery as an institution–particularly the enslavement of Africans and their American-born descendants.

One critical aspect of the intellectual world of the slave South was the suppression of ideas and discussion in universities. Southern universities and colleges did not teach, or even discuss, issues that undermined slavery, and effectively required professors to support slavery in their teaching and in their personal lives. By the eve the Civil War, southern educators were demanding special textbooks that would reflect their support for racism and slavery.

In part two, professor Finkelman will discuss how many of these arguments, theories, and strategies have been resurrected and are being used to defend suppression of speech, a dishonest rewriting of history, and voter suppression. These include state legislatures and governors trying to prevent schools from using such words as “slave” or “gay” in classrooms, and preventing even universities from teaching controversial subjects, such as critical race theory—and states demanding that textbooks reflect the ideology of suppression spreading from Florida to Texas. Finally, Dr. Finkelman will show how the parallels between the 19th and 21st centuries are obvious, and frightening.

Professor Finkelman received his B.A. in American Studies from Syracuse University and his Ph.D. in history from the University of Chicago. Later, he was a Fellow in Law and Humanities at Harvard Law School. Professor Finkelman has held several endowed chairs as a tenured professor or as a visitor, including the Ariel F. Sallows Chair in Human Rights Law at the University of Saskatchewan, the John Hope Franklin Chair in American Legal History at Duke Law School, and the President William McKinley Distinguished Professor at Albany Law School. In 2017 he held the Fulbright Chair in Human Rights and Social Justice at the University of Ottawa School of Law, in Ottawa, Canada and was also the John E. Murray Visiting Professor at the University of Pittsburgh School of Law. Dr. Finkelman is the author of more than 200 scholarly articles and the author or editor of more than fifty books. His most recent book is, Supreme Injustice: Slavery in the Nation’s Highest Court (Harvard University Press, 2018).

Professor Finkelman has published in a wide variety of areas including American Jewish history, American legal history, constitutional law, and legal issues regarding baseball. He has lectured on slavery, human trafficking, and human rights issues at the United Nations, throughout the United States, and in more than a dozen other countries. In 2014, he was ranked the fifth most cited legal historian in American legal scholarship in Brian Leiter’s “Top Ten Law Faculty Scholarly Impact, 2009-2013.”